There was a time in our lives that when the power went out, it just wasn’t that big of a deal.  And really, in the grand scheme of things, the power going out isn’t too bad.  But instead of grabbing another blanket on a cold night, we slowly wake up to realize the power is out.  Then we jump out of bed in a panic and start running.

This is the panic that happened last week at our house… If you live north and west of the farm, you will know that a little over a week ago, we had a pretty good snow/wind/dippin dots storm. 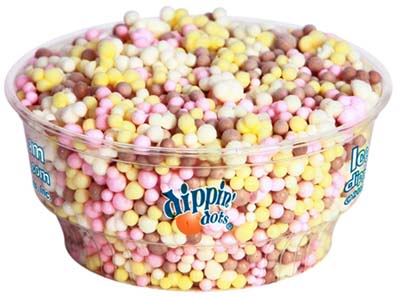 It wasn’t really dippin’ dots, but it looked like it as it fell to the ground.  Really it looked more like this…

Now some parts of the state had a pretty good snow from this event.  We didn’t end up with any snow that stuck around, but some time during the night, a transmission line from NPPD to the county went out.

Only two days prior to the storm, we had an empty greenhouse, but as soon as we filled the greenhouse up with plants the power went out.  So, in the middle of the night the power went out.  Ryan and I shot out of bed, threw on coats, gloves, and boots, and headed outside in the dark.  Ryan, with his flashlight and I, with the flashlight on my phone, headed towards the shed.  In the shed, we pulled out the generator.

There was a time where we didn’t have a generator, but we have learned our lesson.  Being that we don’t use the generator very often, we had to figure out how to get the generator set up the right way. In fact, the first time we had it running, we didn’t actually get power to the greenhouse. Once we got it filled up, hooked up and the breaker switched the right way, we got power to the greenhouse.

I am happy to say, all of the plants came through the ordeal just fine AND Ryan and I didn’t seem to be too much worse for the wear even though our sleep was a bit interrupted.